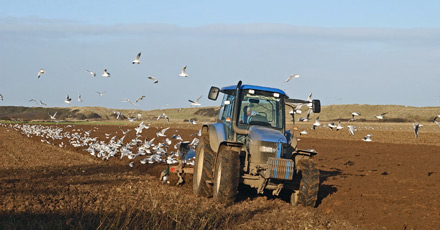 The Norfolk branch of the Campaign to Protect Rural England (CPRE) has been forced to cut down on expenditure due to falling levels of income.  Staff numbers in Norwich are to be cut and the organisation has moved to a smaller office.

The local membership of 1700 supporters provides funding via their annual subscriptions and occasional donations but income from other sources has fallen off.  Due to the recession the inflow of cash from grants and from other contributors, such as local companies, has dramatically reduced.

This shortage of cash will obviously have a bearing on the work that the CPRE can now undertake.  Although volunteers are always willing, they have to have administrative support from paid CPRE officials.  Due to staff cuts some of those individuals will not be available after New Year.

The chairman of CPRE Norfolk, James Parry, said: “Times are tough and we have to had cut our staff levels to match our current income, but we will continue with as much business as usual as we can with these reduced resources.  Inevitably there will be some activities we can’t carry on in future unless more people come forward as volunteers to help run such projects, and unless we attract more revenue, whether from our members and supporters or from sponsors, which we are actively seeking to secure.  All charities are going to have to rely on volunteers more and more heavily to get stuff done in future. In our case, it’s our core activity and we wouldn’t be able to do 80-90pc of what we do without volunteers.  I have been very heartened by the calibre of people stepping forward, willing to give their time and energy for nothing – and they are going to be crucial in taking us forward in the next few years.  This is something that all charities are finding. From last summer, it became very hard to get any money in, and we have lost two posts and cut our people hours in half.”

On a somewhat brighter note, the CPRE in Norfolk is due to celebrate its 80th anniversary next year.  In view of that event an appeal will be launched to bring in new funding that will allow the CRPE to continue its vital work in Norfolk.

Tagged with: Campaign for the Protection of Rural England • CPRE Norfolk