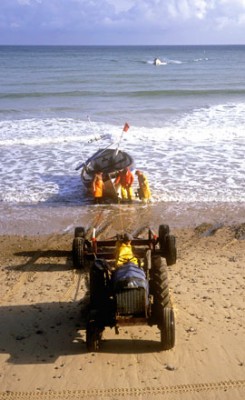 The Department for Environment, Food & Rural Affairs, Natural England and the Joint Nature Conservation Committee has announced that the Cromer Shoal chalk beds have been designated a Marine Conservation Zone (MCZ).

This area of chalk starts west of Kelling and extends along the seabed as far east as Happisburgh. The shoal starts approximately 200 metres from the shoreline and totals an area of 321 square kilometres. Now the MCZ has been designated certain features of the shoal are legally protected and marine activities (presumably mainly fishing) will be monitored by regulators.

A factsheet issued by the D of E states: “Within a wider area that is predominantly sandy, the chalk beds provide stable surfaces for seaweeds and static animals to settle on and grow. The beds are nursery areas for juvenile species as well as being important in the food chain for animals such as the fish, tompot blenny and the small spotted catshark. The chalk beds are home to lobsters and crabs which settle within the crevices and holes. The area supports the small scale crab and lobster fishery vital to the character and economy of the area. Other common species include sea squirts, hermit crabs and pipefish, a relative of the seahorse.”

Note the reference to the importance of the crab and lobster fishery: hopefully the designation will protect that resource and the fishermen will not be hampered by new rules and regulations going forward.