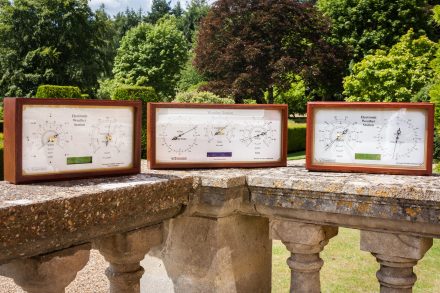 Instromet Weather Systems Ltd is a long-established supplier of British made, quality weather monitoring and weather activation equipment now based in North Norfolk. Originally formed in Broadstairs, Kent in the mid-nineteen eighties as R & D Electronics (then R & D Instromet), the business was founded by a husband and wife team with the weather stations being developed in their home-based workshop. The business expanded with the help of part-time staff, a move into industrial weather activation equipment such as wind activation switches and industrial control wind sensors and with a relocation to Margate and the addition of the brand name Ultra Pro, up to 30 weather stations were being built and shipped around the world every month.

The original owners retired in 2004 and the company was purchased by the Novomec Group in North Walsham, Norfolk and became part of this successful controls manufacturer. This company disbanded in 2010 with the retirement of the company’s directors and the business became a standalone business again on the Lyngate industrial estate in North Walsham.

Now in its 10th year as an independent company it has a comprehensive range of weather stations which are custom made with a range of 6 hardwood finished cabinets, feature options and a range of sensors, including rainfall, temperature, barometric, sun, humidity with wind speed & direction as standard.

Industrial wind sensors are the most popular product being used in a wide range of applications including building-management systems for controlling vents, extractors, etc, used in car parks and railway stations to control extractor fans and for controlling odourising equipment on waste management sites, as just a few examples.

There is now a network of eight weather station resellers throughout the UK and Europe and 12 UK and worldwide resellers of the industrial weather monitoring/activation equipment including re-sellers in Australia, the USA & Israel.

The future of Instromet is in expanding the users and usages of the industrial sensors with the growth in smart buildings and automation and finding new products in this sector.

Visit the workshop in North Walsham to see the weather stations for yourself.

Why I have returned to Film Photography

Keen amateur photographer? Make some money from your hobby.