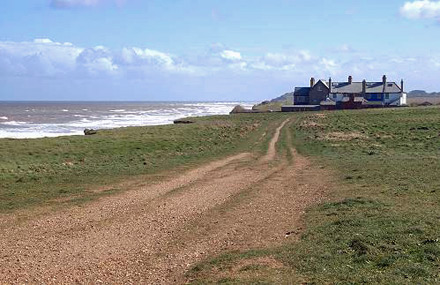 A public consultation process has now been initiated to gather views about the plans for the new section of the England Coast Path that is to be created in Norfolk.  Anyone that has an interest is invited to contribute his or her opinions.  Input is particularly being sought from farmers and local residents who might be affected by the new 25-mile long footpath route.  Individuals that use the coast for recreational purposes, such as birdwatching and walking, are also invited to have their say about the draft proposals that are now available.

A path between Weybourne and Sea Palling is to be improved or provided where no right of way exists at present.  This was instigated by the passing into law of the Marine and Coastal Access Act that requires a right of way (coastal path) for all England’s coastline.

The official advisory body for the government, Natural England, has been tasked with planning such paths to provide improved access to our country’s beautiful coastline.

Norfolk’s section will obviously include parts of the existing Norfolk Coast Path that links with the Peddars’ Way.  This route already passes through some coastal towns and villages and is heavily used by the local residents and holidaymakers.

The Norfolk County Council is working closely with Natural England to ensure that the final outcome will be beneficial to everyone and will attract even more visitors to the area thus benefitting the local economy.

The area manager for Natural England, Ms Sarah Wilson stated: “We have had discussions with landowners and key organisations along the proposed route.  Their input has been essential and helped shape the draft proposals, and we thank everyone for their time and input so far. Over the next 12 weeks we are inviting all organisations, farmers, local residents, visitors and businesses to have their say. It’s important that all responses are taken into account and we look forward to hearing people’s views.”

The libraries at Sheringham, Cromer, Stalham and Mundesley are hosting drop-in sessions this month if you would like to have your say.  The public consultation period closes on Friday 11th January 2013.

Film to be made in North Norfolk