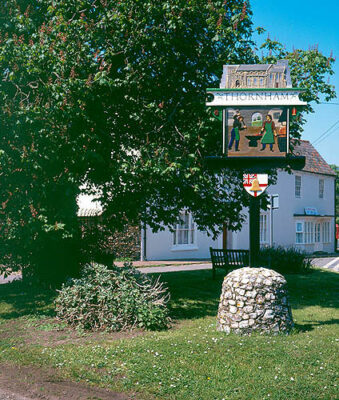 There is to be a new seafood restaurant in North Norfolk. It is set to open alongside the A149 coast road at Thornham near Brancaster. It will be an extension of the existing Gurney’s Fish Box at Drove Orchards owned by Mr Mike Gurney.

If the West Norfolk District Council approves the planning application in March, five new jobs will be created. The premises will comprise an open kitchen, a bar and a seating area for diners.

Drove Orchards has gradually developed over the years to include a nursery, two restaurants, a pizzeria in a yurt, and a lifestyle shopping outlet. There is also a play area for children.

This cluster of businesses has become increasingly busy and welcomes hundreds of visitors to North Norfolk every summer. Locals also make regular use of the facilities at Drove Orchards. One of which is the popular Eric’s Fish and Chips.