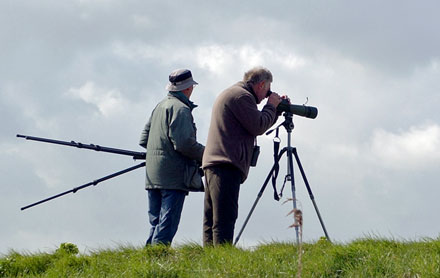 David North, Head of People and Wildlife at The Norfolk Wildlife Trust has expressed an opinion about the future of the freshwater habitats at Cley and Blakeney after the flooding event that in December destroyed sections of the sea defences. The piece is available to read in full on the Trust’s blog.

The post is dated the 28th January and reflects my concerns voiced in the post at  North Norfolk sea defences – where do we go from here?

Mr North writes: “The reason that these areas, and the whole North Norfolk coast, is so good for wildlife lies in its diversity of habitats – freshwater, brackish, salt and marine. Lose the diversity of water types and you lose some of the amazing richness of wildlife. This is why the potential permanent loss of freshwater habitats following the December storm surge matters. If you are a freshwater fish this is a matter of life and death. But people should care about this too. Local tourism benefits hugely from the visitors who come to marvel at North Norfolk’s wildlife. They come in winter for our wonderful skeins of geese. They come in summer to watch elegant breeding avocets and the magnificent aerial displays of marsh harriers. They come in spring and autumn for a chance to spot rare migratory species. All this is also great if you are a North Norfolk business, a hotel, B&B, a pub or a food shop. Great for the local economy and the loss of any of this wildlife diversity will impact on people too.”

Well put Mr North. Hopefully the decision makers at the Environment Agency will take notice and the defences will be reinstated.