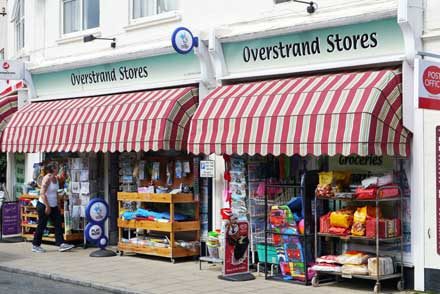 The Telegraph of the 29th of January featured a piece about desirable coastal locations in the UK. North Norfolk received three mentions – Overstrand, Brancaster and Brancaster Staithe.

David MacDuff of William H Brown is quoted as saying about Overstrand: “The beautiful coastline changing with every season is something special to behold.” I can’t argue with that, and Overstrand is a pleasant village with a good community spirit. The recreation ground near the village centre is a well-used asset. It is cared for by a dedicated team of volunteers, and cricket matches are played there throughout the season. It also serves as a venue for popular car boot sales.

Overstrand has an excellent village shop/post office near the four-star rated White Horse Inn, and the village school, The Belfry, has a good rating.

The average house price in the village of Overstrand is £378.054.

At Brancaster and Brancaster Staithe, the average house price is considerably higher at £837.105. Popular with the sailing fraternity, the village has a gastropub, the Ship Hotel, a deli, and a post office. The village hall has recently been refurbished.  Brancaster is a property hotspot as, in comparison, the lovely Suffolk seaside town of Southwold has an average house price of £650.988. That is somewhat surprising as the facilities at Southwold are far more extensive. It is also an easier drive from the London area.