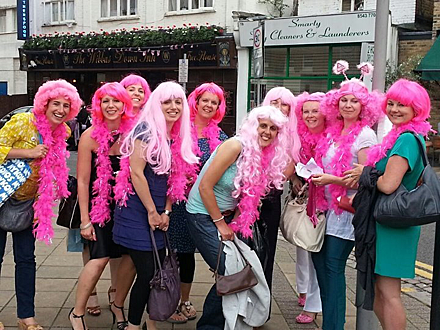 Buckingham Palace refused to comment about an incident in London on Saturday evening involving some members of Norfolk’s Sandringham branch of the WI.  Privately, however, the Queen is said to be furious.

The group of women (pictured above before the incident) were on their annual outing to the Capital when two members were arrested after an incident at a London nightclub.

A spokesperson for the group who would only allow herself to be identified as Katy B, said: “It’s a lot of fuss about nothing really.  A few of the girls started drinking vodka and got a bit over excited that’s all.  They gave the policeman his trousers back and we paid for the damage so I can’t really understand why they are going to take it to court.”

The two members arrested are expected to appear at Bow Street Magistrates’ court today charged with disorderly conduct and assaulting a police officer.