The North Norfolk port town of Wells-next-the-Sea has been named as being one of the best places to live in the UK by the Sunday Times.

In its supplement on the 28th of March the newspaper described the location of Wells-next-the-Sea in North Norfolk: “This bewitching stretch of coast has charms of its own  – golden sands, creeks and marshes bathed in ethereal light, endless horizons and wondrous wildlife.”

To summarise, the article finished with these words. “You’ll love living here if you like upmarket seaside living without the upscale prices and pressures.”

The journalist (who has probably never been to Wells) failed to mention the town’s galleries, the excellent fish and chips, the lovely harbour and the useful shops.

Now that the national lockdown has been eased the permanent residents of Wells need to brace themselves for an influx of summer visitors. The summer of 2021 could well be the busiest holiday season on record in North Norfolk and places to stay in North Norfolk will be in short supply. 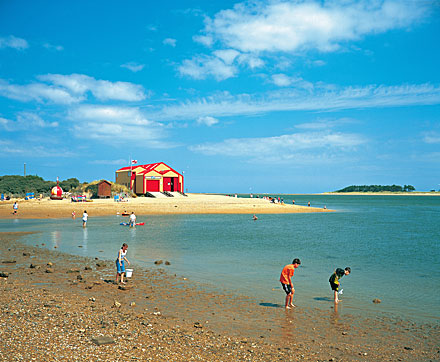 So, that’s the opinion of the Sunday Times. But is there an underlying problem?

In the last twenty years, the popularity of North Norfolk as a holiday destination has soared. That, of course, has been advantageous for those running hospitality venues and holiday accommodation such as cottages, B&Bs, guesthouses and hotels. Also, the service industry and suppliers have seen their businesses grow. What’s the problem then?

As has happened in the south-west of the UK, the North Norfolk district has become far more attractive to those that would like to live in beautiful seaside resorts like Wells. An added attraction is what are considered to be low property prices when compared with other parts of the UK. The buyers hail from busy urban centres, many moving upon retirement. Others have invested in second homes in the town. Of course, they have every right to do so; however, that has undoubtedly changed Wells and the lives of the individuals that were born and grew up there.

Back in 2012, I wrote a detailed article about the problem. You can read it here.

Since then, the situation has gradually worsened. Demand for upmarket housing is now greater than ever due to the pandemic that has prompted some people to seek a better life away from the hustle and bustle of urban conurbations. The main conclusions I reached at the time are listed below:

Some of the planning approvals granted by the North Norfolk District Council in recent years have been questionable. The large house in the form of a wooden box that appeared beside Newgate Green at Cley is just one example. Concerning Wells, an inappropriate housing development outside the town’s boundary was approved. Quite frankly, it looks ridiculous, isolated as it is in what was once a farmer’s field.

A new trend when buying coastal properties has recently become noticeable. That is buying an ideally situated property requiring improvement with no intention of doing the work. Instead, the perfectly good house is demolished. The site is then cleared, and a new architect-designed house is built on the plot.

A few facts about the housing situation in Wells-Next-The-Sea:

Of course, you can’t stop change, but you can control it. That is where the planning authority is letting down the people of North Norfolk. Few affordable homes are being built for young people to buy or rent, causing them to move away from their local area. That is a great shame.